If you’re proud of your fleet’s truck and trailer graphics, show them off to your peers by submitting your fleet to the contest. Fleets can upload up to three images of your truck and/or trailer graphics. The deadline for submission is October 31, 2022.

CCJ is currently accepting nominations for the contest, which is open to fleets of all sizes operating equipment ranging from small vans and pickups to tractor-trailers.

The five winners will be featured and profiled online at ccjdigital.com in mid-November.

Truck Drivers are being FINED for parking on the ramps of highways, or outside along a rest area off the highways. Since Covid, rest areas are being closed and blocked off causing even more of a problem than ever before for parking. Before Covid, this parking issue has been a problem old school truck drivers state, “for over 30 years.” Open the rest area parking lots that were closed, just for parking would be better than issuing a driver a FINE. Some states are installing no parking signs and poles to block semis from parking on ramps.

Walmart has been installing clearances and bumpers to prevent semis from entering. They have also been known to tow away and give a ticket if you park there. Some Walmart stores will allow you to come but only to shop and have to immediately leave. Also, if you don’t finish your day by 12 to 2pm to get to a truck stop you won’t find parking, even $30 a day parking is full most places now. You can’t always stop your day at these times, again because of shippers and receivers etc.

I’m calling out to police officers, you know and admitted many times you understand what truckers are going through and see we don’t have enough parking, yet will still issue a FINE hurting our license and putting our livelihood at risk but also leaving America with one less driver if something happens to our license. To be woken up on our sleep time which could be dangerous to wake us and make us move, and where are you having us move? If we could have made it clock wise or found safer parking trust me we would have done it. Last thing a truck driver wants or needs is to be woken up and hit with a FINE. PLEASE HELP US like we helped support you, police officers. Stop the fines against truckers when it comes to parking situations. I know you have better things to do like cleaning up the streets with TONS of criminals taking over than to bother a hard working trucker who brings America their food and supplies.

America, we can do better for our truck drivers. Please unite and come together so after a long day a trucker can simply just get some sleep knowing they won’t be bothered. If they are on the side of a highway they at least know they will no longer be punished and FINED.

I also have another petition for truckers being allowed to carry nationwide that live on the road. Please go sign and share both petitions to your Facebook, friends and family! Thank you!

Squat toilets still reign supreme in China. Sure, the “western” toilet has made plenty of inroads, and you’ll find them in big city hotels, major restaurants, and airports around the country. However, there are still lots and lots of “squatty potties” in China, and now starting to debut in the US. Pilot and Flying J are getting on board with this new trend in 150 random locations on the west coast. But don’t fear! Using a squat toilet is simple. There are a few tricks to the trade, but with a little preparation, you’ll be able to do your business with confidence.

Using a squat toilet is a little like peeing in the woods, only with walls, a door (sometimes), and a ceramic hole in the ground that flushes. Sometimes .Supposedly using squat toilets is good for your system. The mechanics are just as their title implies. By squatting to do your business rather than sitting on a toilet, gravity helps the process.

Being Prepared to Squat

Preparation is key. While adapting to squat toilets is not as hard as it seems, it’s good to know what you’re getting into before you (have to) go.

The Moment of Truth

Some washrooms  can be rather wet. Whether from the splash effect or an overeager toilet cleaner running amok with a mop, your squat toilet stall floor might endanger your bags or dry trousers. If it’s looking wet, roll your pants up. Pro tip: if you see other people  rolling up their cuffs, be sure to do so too. They know something you don’t.

Once you’ve found yourself in a squatty potty, it’s really not that bad. Many argue it’s actually healthier to go this way than sitting down. But if you’re not used to it, squatting can be really difficult if you don’t know how to get into position, stay there, and use the toilet correctly. 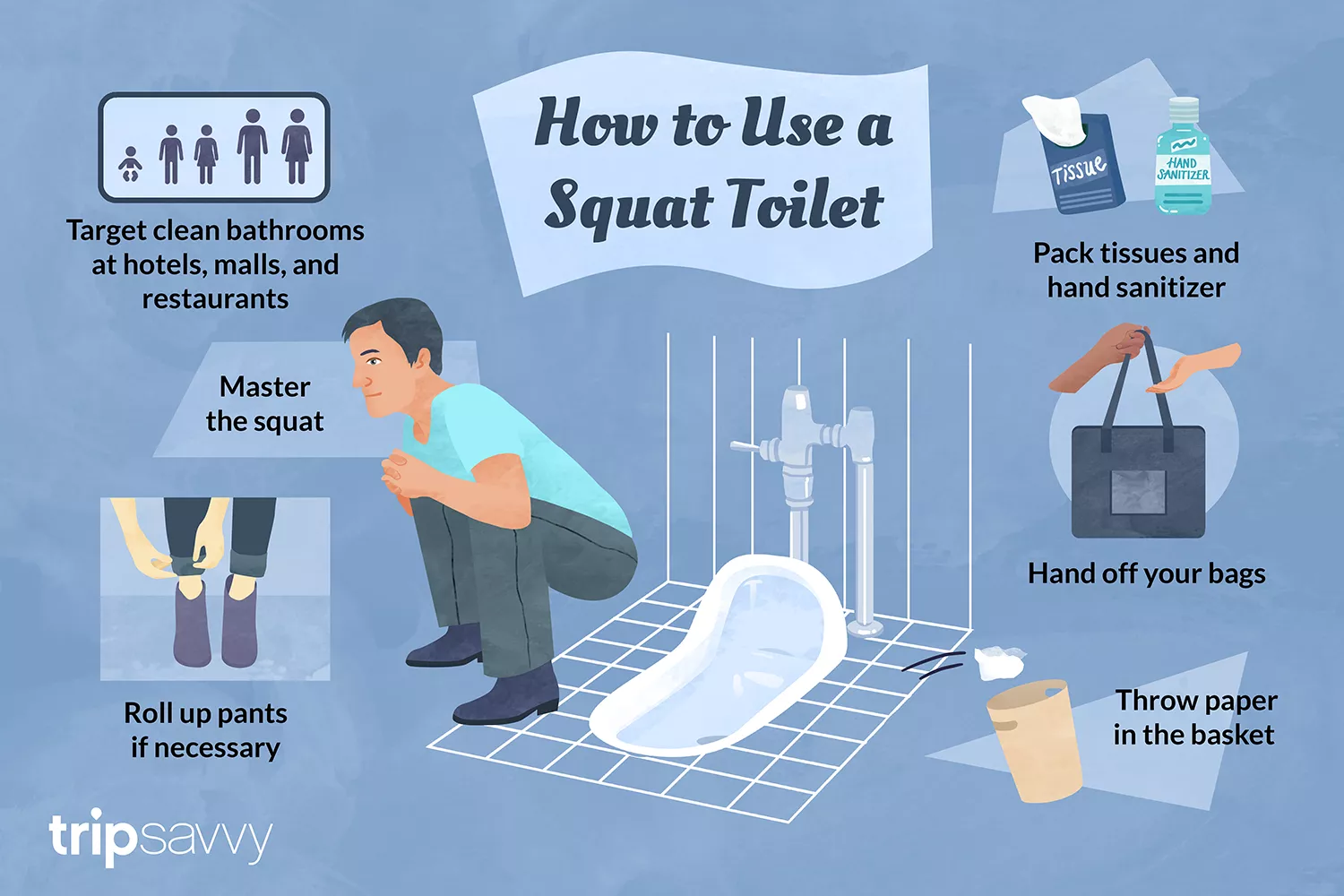 The company spokesman for Pilot and Flying J said in an interview the 150 locations are experimental to get feedback from our patrons. Our main priorty is our customers. I know trying new things is always trial and error, but hoping we get positive feedback.

The New York State Equine Racing Alliance has had many many or should we say a lot of doping cases over the years due to race horse owners always wanting to get that edge over their competitors. There’s many lawsuits against a number of Doctors, suppliers, trainers,and owners. All these horses get tested regularly and are on a strict regimen to be examined by a vet. Well one horse that was being doped named BALZ DEEP, was being examined and the

Vet noticed an odd sound when listening to this geldings chest. Worried there was a problem they had a chest X-ray which revealed a much smaller 3rd lung growing off of the horse’s right lung about midway down. After some blood work they found a cocktail of doping. Normal doping usually contained amphetamines,or methamphetamines ( Ritalin).But this one had an almost lethal dose of EGH, EQUINE GROWTH HORMONE. That had mutated somehow, and formed the 3rd lung on this poor horse. This horse had been doped for the last 6 months, which gave time for the 3rd lung to form almost like a tumor. The owner of this gelding will have the animal operated on to remove the extra lung and then retire him. No legal action has been taken yet. 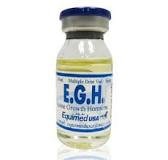 Canton, Massachusetts based DUNKIN DONUTS is starting a legal grudge with Seattle, Washington based STARBUCKS. I guess you can say East Coast against the West Coast Battle Royal!

Filed October 1st of this year in a Massachusetts court, Dunkin Donuts claims Starbucks infringed on an ad campaign when they came out with their Pumpkin Spice Crunch moolatte.

The Seattle company claims they came out with the same thing the month before they did. Even though they had no advertising for this item till October 15th. The spokesman for Dunkin says, the coffee business is very cut throat and we will not stand for a blatten infrindgment of our product. A cease and desist order is filed for now till we get our day in court. Starbucks was not available for comment.

A Chino, California man, Gruber Deustenberg. Returned from a month long vacation from

Singapore, where he sampled all of the cuisine native to the area. There were many chicken dishes, crab, oysters, and fish heads. A noodle they made, some raw fish and other dishes. While there Mr, Deustenberg enjoyed them all while never feeling ill at all. Once back home he noticed he was hungry all the time and couldn’t seem to put on any weight no matter what he would eat. He felt a sharp pain in his abdomen that was making him double over, so he finally decided to see a doctor. He went to the Canyon Ridge medical center where they took an x-ray and found a parasite in his stomach called a Lineus Longissimus or simply called a Boot worm.

They have been known to grow very quickly and the record length for a Boot worm was 180 ft.

He was lucky to get to the doctor when he did or there’s no telling how big it would have gotten. He had surgery to remove the parasite instead of waiting to pass it since the parasite was so aggressive in drawing nutrients from its host. The operation went well and Mr,Deustenberg is making a full recovery. He was quoted saying no more raw food for him. 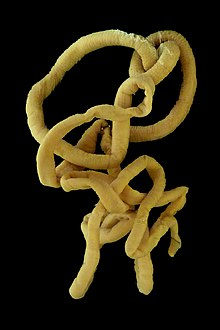