Trucker rescued from water after intense 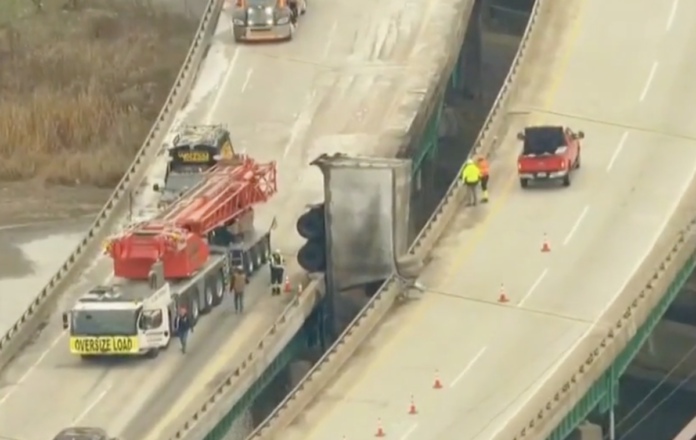 A semi truck was found wedged between two bridges in Indiana after an accident on Friday morning.

The incident occurred on December 2nd at around 2:15 a.m. in Hammond, Indiana. 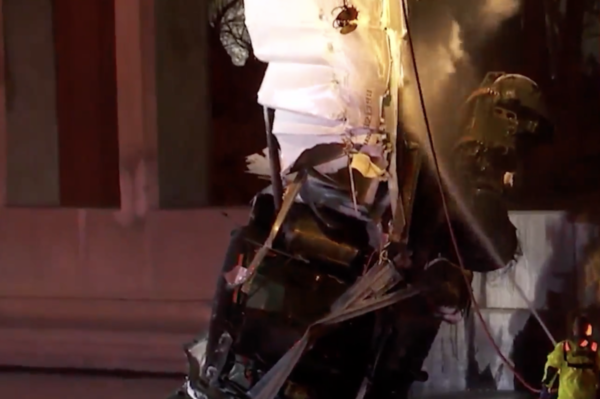 According to WGN 9 News, The truck crashed off the Indiana Toll Road Interstate 90 and ended up wedged upside down between the eastbound and westbound sides near Cline Avenue. The cab was partially submerged in water and even caught fire, prompting the driver to climb out and swim to a nearby concrete pillar, where he was eventually found by firefighters after some searching.

A man is dead after being struck by a truck at a truck wash on Wednesday afternoon.

The incident happened on November 30th at a truck wash in the 1100 block of Black Diamond Street in Laredo, Texas.

According to LMT Online, the semi truck backed up onto a concrete platform and accidentally struck a man. The man was taken to the hospital and later died of his injuries.

The man’s identity has not been released. Crimes Against Persons investigators and the Crash Team are investigating the case.

Some of Steve’s “True or not.”

A Staten Island man while dining at Luigi’s Restaurante’ almost choked on a 3 carat diamond ring. The waiter made a huge mistake and brought  the wrong dessert to his table which was intended for the table 3 booths over of a young couple that were proposing that evening. The man had to have the heimlich maneuver which did dislodge the diamond but he still ended up swallowing it. The young couple had to wait 2 days for the man to pass it naturally and return it to them. All in all it was a pretty shitty time the couple said.

Mr. Larry was a long haired persian that was registered as one of the top three in the world in his breed. The cat was insured for 2 million dollars, and always kept under lock and key in her New York city apartment, where he was pampered beyond your wildest imagination. After a in depth investigation Mr. Larry was found next door, where her gentleman neighbor that she was in a relationship with, was trying to scam the insurance company with whom he was insured. They were both arrested for insurance fraud.

That being said I’m sure as he’s reading this out loud for the first time on the show he won’t even realize it’s about them. If that’s the case I will be crying and laughing my ass off. I will say they’re always a pretty good sport about making fun of themselves. So is this a true story or fake?

A Russian man who was being operated on for a suspected tumor ended up having a fir tree removed from one of his lungs. The 2-inch tree was found by surgeons when they opened up Artyom Sidorkin, 28. Doctors claim Sidorkin may have inhaled a seed, which then sprouted into a small fir tree inside his lung. He went to the hospital last month complaining of chest pain and coughing up blood. “It was very painful. But to be honest I did not feel any foreign object inside me,” Sidorkin said. Surgeon Vladimir Kamashev said he was sure it was cancer. “We did X-rays and found what looked exactly like a tumor. I had seen hundreds before, so we decided on surgery.” The tree was discovered when surgeons took a biopsy before attempting to remove the man’s lung. “I thought I was hallucinating,” said Kamashev. “I blinked three times as I was sure I was seeing things.”