Arizona rest area closing to the public until spring 2023, will remain open for truck drivers

Starting next week, a popular Arizona rest area will close to the motoring public for construction, but will still provide parking and limited services for truck drivers.

On Wednesday, September 28, the Arizona Department of Transportation (AZDOT) will close the Sunset Point Rest Area along I-17 at mile marker 252 to the general public through the spring of 2023 for a renovation project.

The $7.5 million rest area renovation project will include upgrades to the water systems, septic systems, restrooms, and vending areas, as well as an expanded truck parking area.

On September 22, Biden administration nominee Hutcheson was confirmed as FMCSA Administrator by a voice vote in the Senate.

Hutcheson will serve as the FMCSA’s first Administrator since the departure of Ray Martinez in the fall of 2019.

Since Martinez stepped down three years ago, the FMCSA has been led by acting/deputy Administrators Jim Mullen, Wiley Deck, Joshi, and Hutcheson.

American Trucking Associations President and CEO Chris Spear said, “I want to congratulate Robin on her confirmation to this important role. In her time as Acting Administrator, Robin has a true partner with our industry – working to confront a number of issues facing trucking. Whether it is addressing safety concerns, ongoing supply chain issues or workforce development, she has been open to engaging with our industry and we look forward to continuing our ongoing, candid dialogue about these challenges and to engaging with her and her agency to implement solutions that uphold safety and improve efficiency in trucking and across the supply chain.”

Hutcheson previously served as Deputy Assistant Secretary for Safety Policy for the U.S. Department of Transportation, Director of Public Works for the City of Minneapolis, and the Transportation Director for Salt Lake City. She worked as a consultant for 15 years prior to entering public service.

#1 HOOTERS WAITRESS ARRESTED FOR PUTTING HOT WINGS IN HER VAGINA

According to the Daily News Reported, a Hooters employee was spotted putting wings in her vagina. Co-workers for a Texas Hooters restaurant, caught wind of 24-year old Jessica Sinclair dropping hot wings in her vagina before serving customers.

In Houston, Tx- Jessica Sinclair (24) was taken into police custody after she was witnessed by co-workers dipping hot wings into her vagina before serving them to customers. From what authorities have told us, Jessica would dip wings into her vagina while on and off her period. This was done to customers who had been rude and/or made off-remarks about her appearance.

Why she would do this while on her period is anyone’s guess. The introduction of blood to this crime heightens the consequences of her actions. Tampering with food along with the addition of human blood is a criminal offense with special circumstances. It carries a sentence of up to 20 years in prison. The lesser charges of inserting the wings into her vagina while not menstruating, can carry a prison term of up to 10 years.

Family members of the perpetrator claim that; while she has the appearance of a well put together young woman, she actually suffers from multiple personality disorder and has a long history of d.

incidents that end in either a stay in jail or in a mental hospital on a 3 day hold. Had Hooters conducted a background check, this whole incident could have been avoide 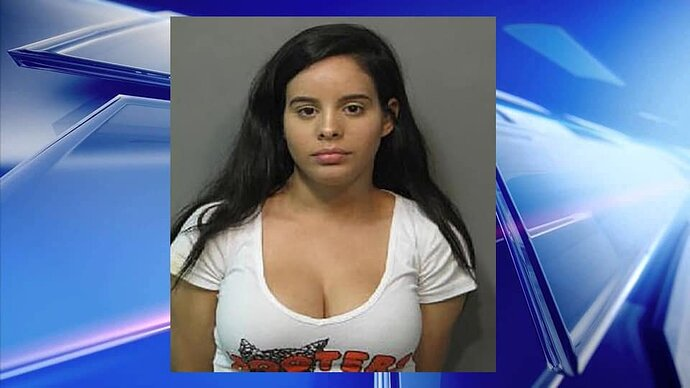 New Jersey man Alan Lippsonovick was in the Whitman Travel Plaza off 295 in Cherry Hill where he proceeded to try and pull the bug in my food trick to get a free meal. The man carried around a jar of small cockroaches in his knapsack. He proceeded to open up and let one onto his table unknowingly to the restaurant staff, so he could freak out and get his meal for free. Alan had done this deal numerous times in other restaurants, he said, but this time the lid slipped off the jar all the way and he released more than 75 cockroaches in the restaurant! When this happened he was caught and the police called. The Travel Plaza was shut down for a week to take the proper actions to remedy the situation. Everything was cleaned and the Travel Plaza is now back open. Mr. Lippsonovick was sentenced to  90 days in jail and 2 years probation for his stunt.

Mike Jones was arrested Tuesday by the Illinois State Police in Springfield Illinois on charges of poligamy in 8 different states. The man allegedly is married to 8 different women whom he has a total of 26 children with. Mr. Jones, a OTR Owner Operator in the trucking industry for the last 40 years, lived up to the old stereotype of having a girlfriend in every city he went to, it would seem. Along his route every month he would visit the same cities over and over and fell into a routine with the same women along the way.

Mr. Jones has wives and children in 8 states, Illinois, Missouri, Kansas, Colorado, Oklahoma, Indiana, Nebraska, and Ohio. Obviously all the women didn’t know about each other or this man would have been dead already! Mr. Mike Jones is awaiting his preliminary hearing in 6 weeks, and extradition hearings for the other 7 states.

Bobby Rutherford 6 years old from Hawthorn Mississippi took the Honors this year for the best representation of BUSINESS IN THE FRONT PARTY IN THE BACK! That’s right folks THE MULLET! The competition was held again in Jackson Mississippi, where there were numerous entries. Stretching as far as the eye can see, all ages, all ethnicities, men, women, and children! The winners from all categories will be eligible for the National Contest in New York. But the overall winner here this year was a young man sporting the best mullet was Bobby Rutherford, Congratulations Bobby!

Well all I can say is there was more whitetrash here than a dumpster behind a paper plate factory!